Starting today (read: next week) there’ll be a new series on The Fashion Folks and for Stories in specific. During the following weeks I thought that I’d every Thursday talk about the fashion and beauty from 1900 to 2017. Logically, that will be one decade each Thursday, in chronological order. For today though, I thought I’d begin with talking about three cornerstones of fashion that are as important then as now. 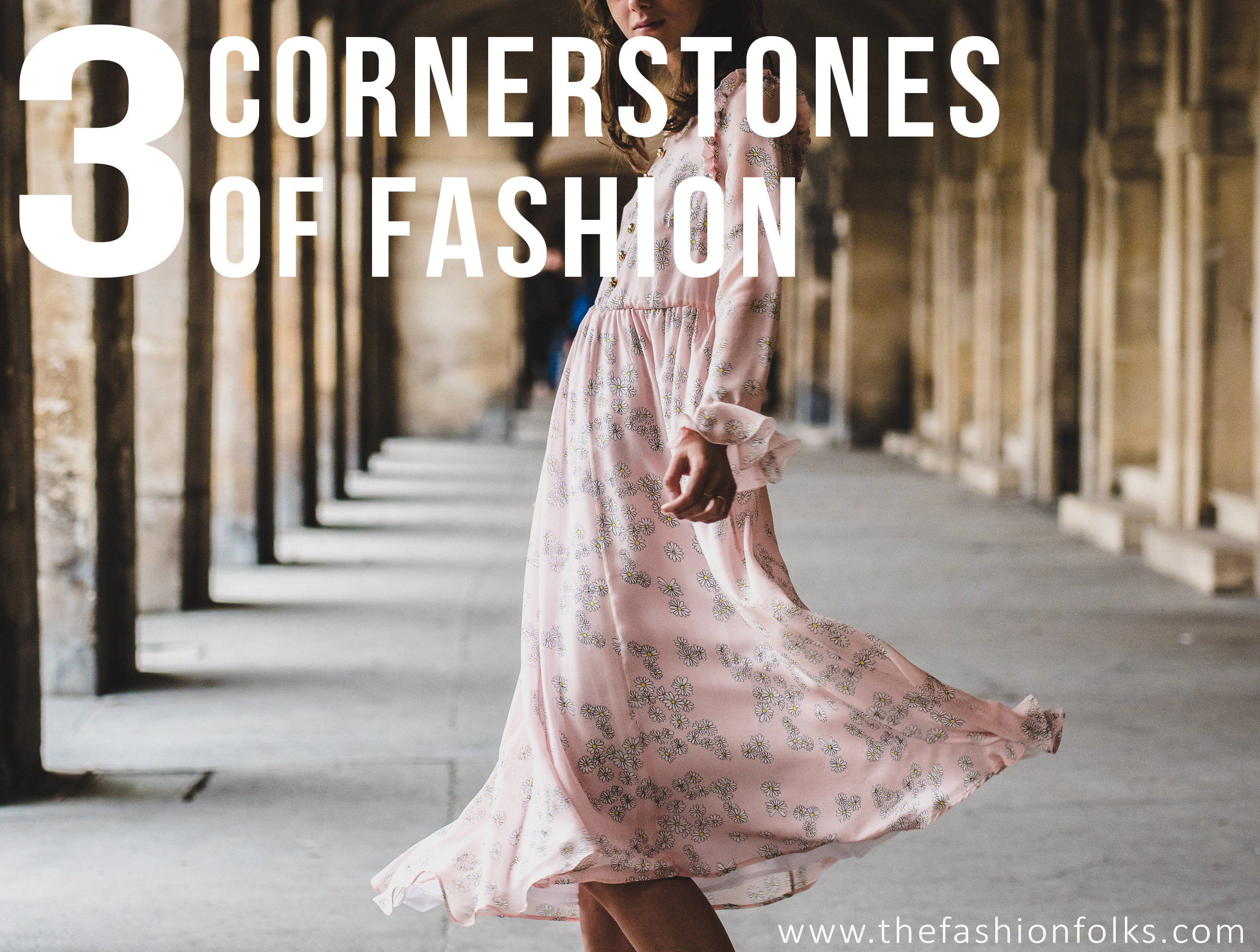 Fashion today has never been more eclectic and open-minded than before. We borrow (steal) styles, details and clothes from what we believe are the best decades. In the past couple of years we’ve seen revivals of styles from the 1950s, 60s, 70s. Lately, the 80s and 90s have got more and more time in the spotlight. Going back to see old fashion epoques is nothing new, but a common behaviour in fashion. The late 19th century is more or less different styles of the 18th century and early 19th century. As always though, and as much as then as now, we take the styles we want and translate them to a contemporary look. We put old styles in a modern context.

The trend with off the shoulder tops didn’t look the same in the 19th century. In the 19th century, queen Victoria made way for a fashion of matriarch. With droopy shoulders and a triangle (or a tea kettle if you may) being the fashionable silhouette to embrace. The sleeves were designed, so they would drag the shoulders down in opposite directions (like the sides of a triangle, see below how the bows, sleeves and lace are placed). Today, where a narrow silhouette is celebrated, the off shoulder tops are often crop tops, with ruffles, statement sleeves or embroidery to make the piece look larger and the body smaller. 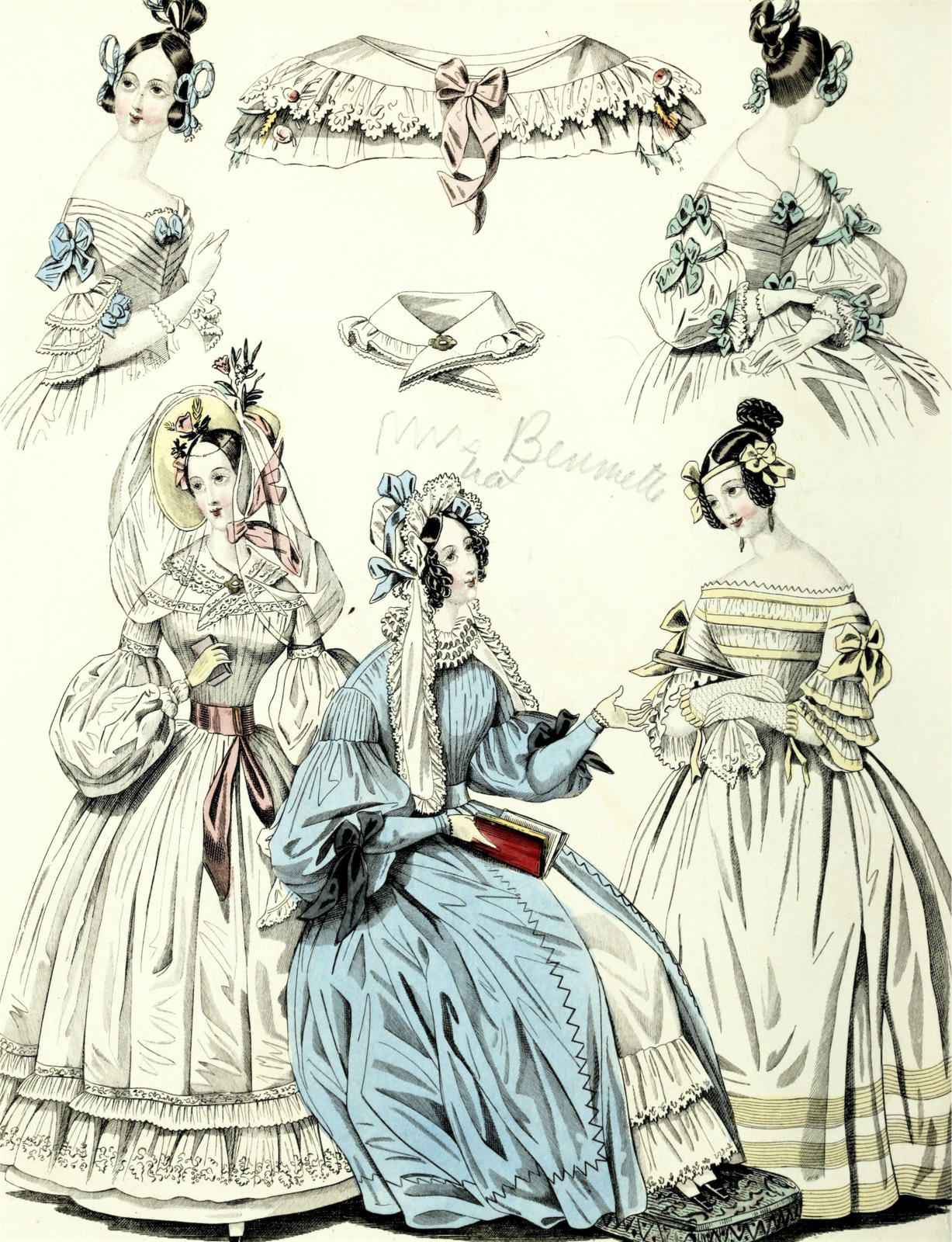 Some people “blame” Anna Wintour for pairing celebrities and fashion together and somewhat commercialize fashion. Perhaps she’s not the one to blame solely, as people through history always have had an eye for what celebrities and royalties are wearing. Back in the days the royalties were the celebrities and what they wore was not to be copied but admired. One costume could cost more than what the entire wardrobe of a family could cost during their lifetime. Marie Antoinette had this position of royal/celebrity, to mention one.

Today’s celebrity fashion has another accessibility to it, as the gap between celebrities and the everyday person is minimal. Today we can wear what celebrities are wearing (perhaps not the red carpets looks). Even if the majority of us don’t have the income to buy a real Chanel dress, we can easily go to a high street fashion label and purchase a similar dress. How this leads back to Anna Wintour? Well, she was more or less the first one to put celebrities on the cover of fashion magazines (Vogue). This paved the way for the expansion of fashion consumption by the face of a celebrity, regardless if the person actually had a sense for fashion or not (just get yourself a good stylist).

The idea of celebrity fashion has intensified even further the last years with the ability of direct communication with celebrities and get a taste of their everyday life through internet or social media. Within seconds, you can see Kim Kardashian’s outfit for the day. I leave it unsaid if it’s for the better or worse, but fashion capitalism through celebrity commercialism isn’t exactly celebrating the individual nor unique side of fashion. 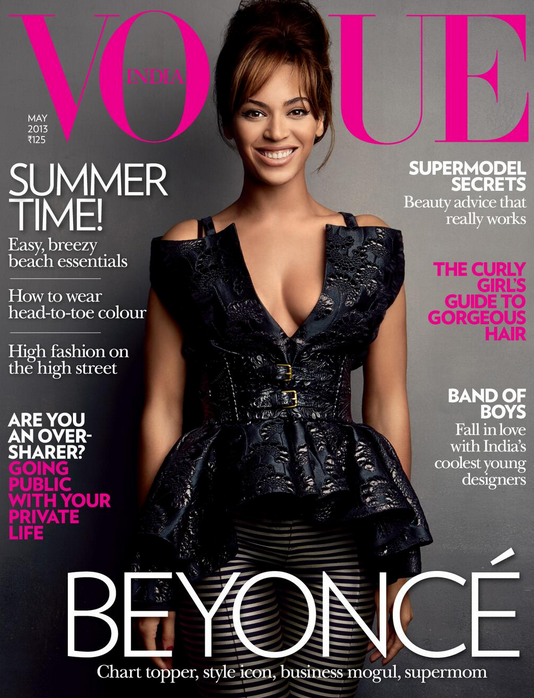 There’s no doubt about social media’s impact on fashion today. With over 300 million registered users, there are a lot of people to reach out to. And with people having less time to read blogs, Instagram is a simplified way of the same communication. Without the need of hours that are behind one single blog post, fashion bloggers are a few clicks away of communicating the same message. Not to mention the readers that don’t need a computer to get a glimpse of a lifestyle, but a phone.  No wonder that Instagram and Instagrammers possess a power of a simple, effective and growing market. And as visual as the platform is, it’s a perfect match for the visual communication of fashion and beauty. In fact,  people often reach out better through Instagram than their websites. Instagram is inevitably the new quarterback of the fashion game. As with celebrities, individualism and creativity are often overlooked in favor of trends and the idea to dress like everyone else.

Social media back in the days? Well, it quite logically didn’t exist through technology. But during the 18th century fashion plates became more and more popular. It was smaller illustrations that demonstrated the latest fashion. They were published in magazines and made it possible for a wide audience to take part of the current trends. This was considered rapid communication as it only would take days to get the latest fashion updates. To be remembered though is that fashion back then, compared to today, was rather slow and it took years to see a distinct change within fashion. With the industrial revolution though, this changed and fashion became more of consumption rather than work of art.

Don't buy a fake! Just restocked these @shoptwosongs rose tits tee that I designed in honor of my best friend's mom who passed away from breast cancer. Such a shame brands started knocking it off with cheap material and cheap labor but just wanted to let you guys know, all of our tees are handmade in downtown Los Angeles at a small factory and we remade them just for you!! Also comes in white! Get them before they are gone again! Don't buy or be a knock off! Be original! ?? https://www.twosongs.com/products/new-rose-tits-tee *we have SOLD OUT in 20 mins but you can PREORDER