If you stop and think about it, foundation (or makeup in general tbh) is a weird thing. Applying a skin colored cream on your face because your natural skin tone isn’t… good enough? Well nevertheless, we humans have done weirder things in the past and as with all beauty things, we didn’t invent the idea of perfected skin either. Folks, these are the foundations of foundation:

The history of foundation goes back to ancient Egypt, and the use of the cream have pretty much been consistent ever since. Depending on the current beauty trend the art of perfecting have slightly differed. For most of history though, it’s been about making the face look more pale. Pale skin used to be a sign of wealth as one didn’t have to be out working in the sun all day. Through the Middle Ages everything from lemon juice to chalk and white lead were used to achieve a pale look. Even the Victorian ladies used dangerous methods to attain a pale look. In early 20th century 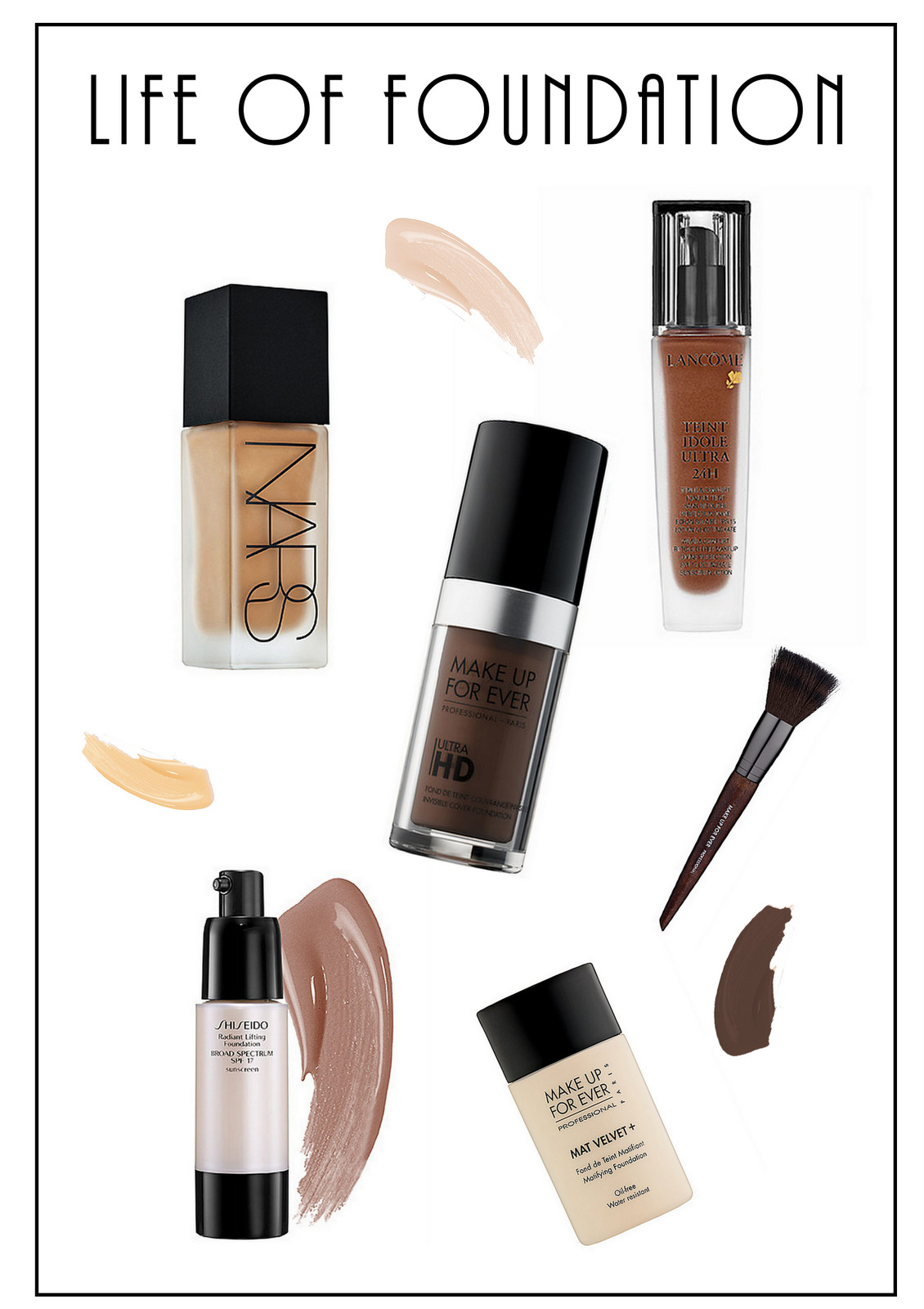 however, makeup guru Max Factor launched pan-cake makeup. It was the first commercially sold foundation with a liquid and powder function in one.  The foundation’s popularity slowly increased and by mid 20th century, it was a makeup go-to.

Today, foundation is still a basic product for makeup users world wide. Foundations are even claimed as one of the essentials for a natural makeup look, even though it’s “covering” the face. The foundation of today is mostly aimed at matching the own skin tone and correct skin differences. This is not completely unproblematic though as there are endless of different skin colors, and beauty brands can’t possibly match them all. Another problem is that foundations are more developed, as well as produced, for lighter skin tones which is somewhat rooted in society’s admiration for brighter skin. Terrible, distasteful and in need of a change.

There are many ways and different levels one can use foundation on. Either you do it just the way it is or you’ll do primer, foundation and finishing powder. Foundation can be applied by fingers, brush, a sponge (read about makeup sponges here), or by airbrush. As there’s a problem with the different shades of foundation and the endless of skintones, it’s common to mix different foundations to get the perfect hue. Another thing that has popped up in the market are correctors, these make the foundation lighter or darker.

We love that there are tools out there for the beauty life, but we’re fully aware of the problematic structure foundation enhances. Not only that our skin in their natural shape is not good enough, but also the lack of diversity in the shades that are offered. It took us over thousand years to attain an ideal wear foundation should match the original skin tone. Let’s hope it won’t take another thousand years to get the beauty industry to embrace diversity.

Folks, what are your thoughts on the foundations of foundation?