Even though there are endless of color hues out there today, there are some that are more specific than others. A hue that stretches above the average and express something more than just another color. One of them is the Klein Blue.

The Invention of Klein Blue

The Klein Blue, or International Klein Blue, is a color invented by french artist Yves Klein (1928 – 1962). Klein wanted to create a blue that 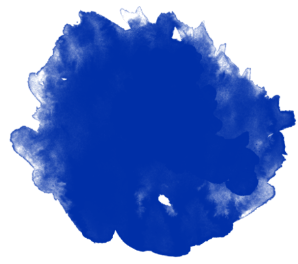 represented his artistry and searched for patent in 1960 for the color. By that time he and a chemist had found the perfect combination of ingredients to create a deep blue with a rather chilly feeling. The RGB-code for the color is 0,47, 167 which means no red, some green and a lot of blue!

Klein Blue In His Art

Klein had before used blue in his art works, but after the invention of the specific blue, the color would stress its position as his trade mark. Some of his works with the blue hue includes complete blue canvas, blue sponges, prints of human bodies in blue and some more blue canvas. Artistry on a fine level when going for a depth with one single color.

As for the Klein blue in fashion, the hue has since long been a recurring favorite amongst the designers. A few years ago Gucci included monochrome looks with the color in focus. Since the Klein blue is both a color of depth and intensity, it’s also 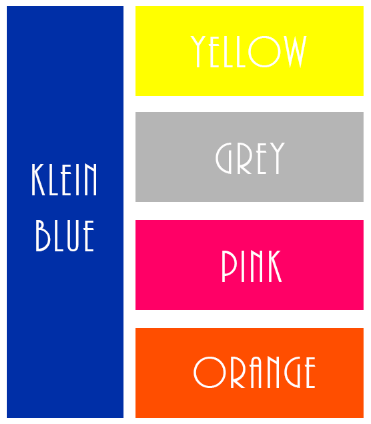 keen to match with. A poppin’ orange suits perfectly! And so does white, pink, yellow and grey too. Just make sure that the combining colors shares a chilly tone, otherwise they risk bringing out the worst of each other! Another gem, as Gucci before has demonstrated, is to wear it top to toe – cray cray but yay yay!

Unfortuanetly, Klein died at a young age but nevertheless does his legacy continues through the invention of a perfect blue hue.