So we know it’s not easy to keep track on all the different fashion terms that exists today, but we thought we’d make it a bit easier by tracking down a few!

Haute Couture – Means high fashion and is kind of the highest art form of fashion. The creations are all customized and sewn by hand. They are often more artsy in their appearance and popular for evening wear. To get to define your collection as Haute Couture you have to be accepted by la Chambre Syndicale de Haute Couture, and by that, meet a few demands of the department.

LBD – Is short for the Little Black Dress which is a key item to almost any wardrobe. The clothing piece was invented in 1926 by Coco Chanel and has remained a classic ever since!

SS16/FW16 – Short for Summer/Spring 2016 (or whatever the year is) and Fall/Winter 2016. These terms are common when talking about the fashion seasons, which are decided by the fashion shows that shows for two seasons at once (or one season containing two actual seasons).

Creative Director – Is the name used for the head designer at a fashion brand. Literally the persons whose vision decides the work and the upcoming fashion of the house. For instance, Olivier Rousteing is the Creative Director at Balmain. 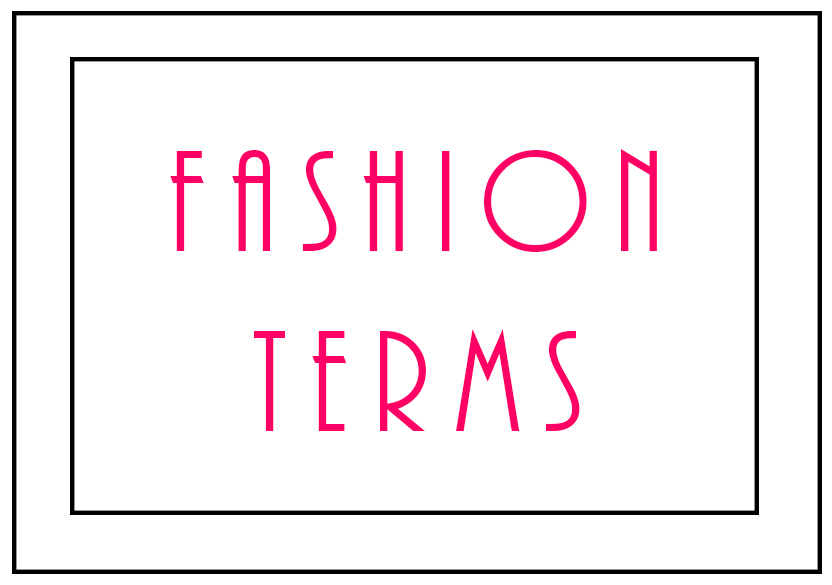