Fashion has always been a reflection of the societal development. In particular, it’s been a canvas for human beliefs, societal opinions and values of religion. Several progresses and events within society, through the course of history, can be found within the development of style. From the faster fashion of the Industrial Revolution, to the simplified fashion during French Revolution. Most notably, in the day of 8th of March, fashion has been a communication channel for women’s rights, the fight for equality. Here’s fashion for feminism: 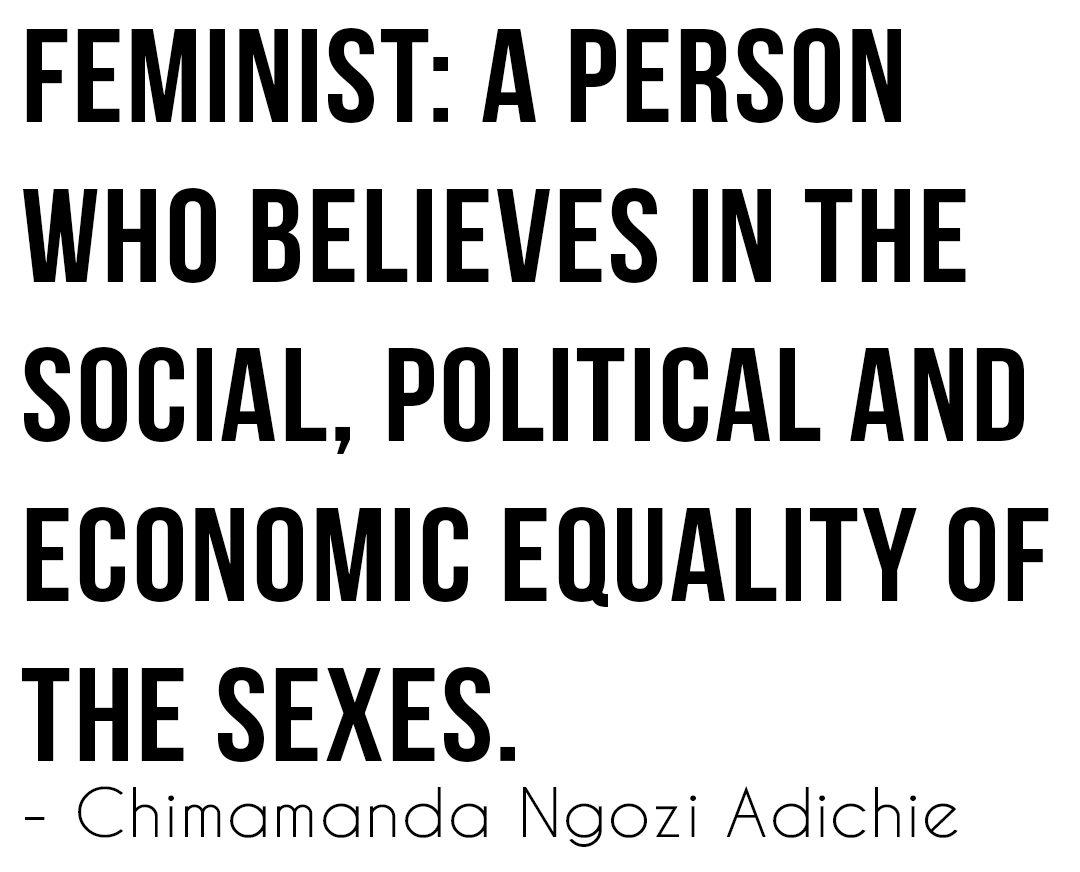 For long, the fight for notifying women as equal to men (or the genders equal to one another),  has been a matter of justifying the position of women to the one of men. “If you want the same respect as a man, you should approach the fashion that men wear”. As problematic that is, this have been the case for history. In the early 20th century, when women’s rights began to rise as a matter of society, women wore clothes that were normally associated with men. Colors as brown, grey and black, details as ties and bows. The messages of the outfits were clear, women wanted the same rights as men. The signals were effectful.

The liberation of women’s clothes continued with the removing of the corset, the introduction of pants and the democratisation of wearing whatever you wanted. In the 1940s, pants became daywear and in 1970s, the unisex fashion reflected the societal demonstrations for equality. A unisex fashion that underlined the common ground for the genders. The pantsuit has for long been a go-to look for women in politics and high positions. The pantsuit (that can’t for some unknown reason only be called a suit), is equal to the suit of men. Men in suits have for long been associated with power and influence, women in suits are sending off the same signals. (Something problematic: men in “typical” women’s clothes wouldn’t get the same respect).

With the political situation that escalated last year, the fight for women’s rights (read: human rights) continued and one of the loudest way of protesting, was through fashion. Designer Maria Grazia Chiuri launched the t-shirt “We Should All Be Feminists” (quote by Chimamanda Ngozi Adichie) for Dior. Another t-shirt, “This Is What A Feminist Looks Like” have the last years been a powerful statement. For women’s march, the Pussyhat Project was launched and pink beanies became a symbol for the gender equality fight. This past fashion month, t-shirts with different texts have been seen everywhere, all of them fighting inequality, racism and injustice.

So that’s somewhere fashion for feminism lands. People feel more inclined than ever to make a statement through fashion. To communicate by the expression of clothes. Not only by the combination of words, but putting focus on that pink is a color for everyone, feminism as a matter of humanity. In a few decades time, this period will be seen as a time of “action speaks louder than words, but words are pretty loud too”. Not only through the context of fashion, but partly by it. Your t-shirt that expresses human rights or your pink beanie reveals your values with one single glance. If that’s not effectful, I don’t know what is.

I’m fully aware of the fact  that fashion for feminism might seem like an oxymoron. The fashion industry has 99 problems and a lot of them can be interpreted as a backlash to the fight for equality. Homogenetic ideals and lack of ethnic diversity amongst models.  How the current fashion cements gender roles from an early age or how the choice of clothes reflects one’s moral according to society – and so on. This is an ongoing list that is problematic to the work of sustainable development. But raising awareness of those problems is a work for the rest of the 364 days. Today is a day of celebrating feminism, and in context of this site, fashion for feminism. Fashion is a forceful statement of society, art, culture and the context we choose to express it in. It shows what we think, speaks what we say and is an act by our actions.

32 thoughts on “Fashion For Feminism”