We know, there’s no such a thing as not being able to work a style even when it’s not a trend. But you know how it is, it’s easy to follow the crowd or stick to a few looks that you always can count on. Nevertheless, here are 6 makeup trends we want back: 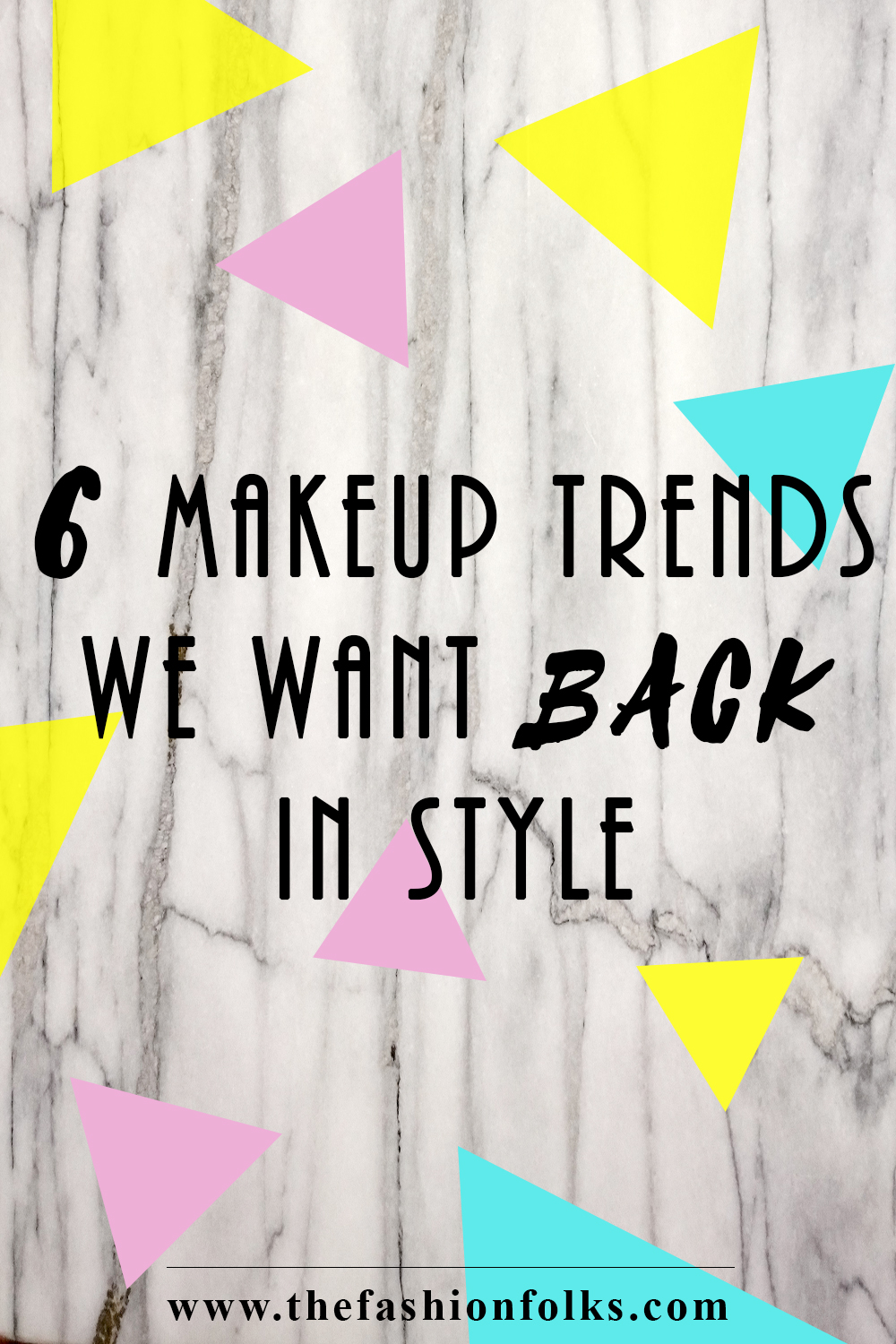 We’re not sure we can define the doe eyes to a specific decade to be honest. They do feel like they are popular all the time, and are more a way of a makeup style rather than a trend. But, women did kind of painfully tried to achieve the look during the 19th century, as we talked about in our post on the makeup of the Victorian era. And one lovely Audrey Hepburn was famous for her doe eyes, with a petite eyeliner across the eyelid that enhanced it. The latter is also the natural way of achieving doe eyes today, by a small eyeliner over the lid. One can also fill the inner upper line to make the eyelashes appear more full.

Now, this is one for the 90s makeup. We covered the major parts of the grungy makeup decade in this post. But as the decade seems to be growing in trend, we’ll just bring it up once more and with focus on the metallic lips. A dark colored lip with a hint of metallic, or one that is a bit shimmery, catches the light in all the right places. We call this for being the next step after the matte lips. The 90s brought the metallic lip trend in awkward shades such as orange and purple, but we’d love to see this going copper and bronze!

Okey, fine, statement lashes might never have been a proper trend, but as you are reading this post, we’re just throwing it in here. Statement lashes, and in this case, spider lashes (done nicely), are quite chic actually. Not full on clumsy, but a few lashes that are a little longer and thicker than the rest of them. Just take a look below and see how the eyes pops:

There have been painful makeup times by the use of colorful cheeks, like overdoing it to insanity. But there have also been adorable times. In specific, we’re thinking about the rosy cheeks with a healthy glow in focus. As if someone has been out in the cold, or is just blushing. Colorful cheeks for falls makes the face pop amongst the subtle fall colors. And yes, our best makeup tips for doing it is taking a clean brush and dust excessive blush off before heading out. A doll face at its very best!

Aaand let’s get back to the 1960s. Except the optic makeup look, we adore the statement crease. As this was one of the most popular looks of the decade, no wonder that it still could work today. People are talking way too much about blending to be honest. Have you seen the effect a statement crease has? Not to mention the intensity it bring to the eyes. We love the look below and we wouldn’t mind working it for the everyday life.

Call us crazy, but yes, let’s bring back the neon. We know, the 1980s makeup is still cringeworthy, but how about taking the chocolate pieces out of the cookie? Doing a lip in neon pink or a chic eyeliner is actually doable for a daily look. Or why not push the limit and do one in neon yellow or orange? As the sporty look never seems to be going out of style, why not add the definition of a sporty color to they face as well? The neon sky is the limit. Truly. And just see how chic it looks!

Folks, have we gone bonkers? Perhaps! Give us some makeup trends you want back and we might judge you too!

77 thoughts on “6 makeup trends we want back”