You know the only reason I keep on sharing beauty hacks is because you all seem to love them so dearly? Which I do too though, as hacks are all about making life easier/better and we could all need some of that. If you’ve missed previous posts in the series, check this tag! Folks? Here are 5 Makeup Hacks To Try! 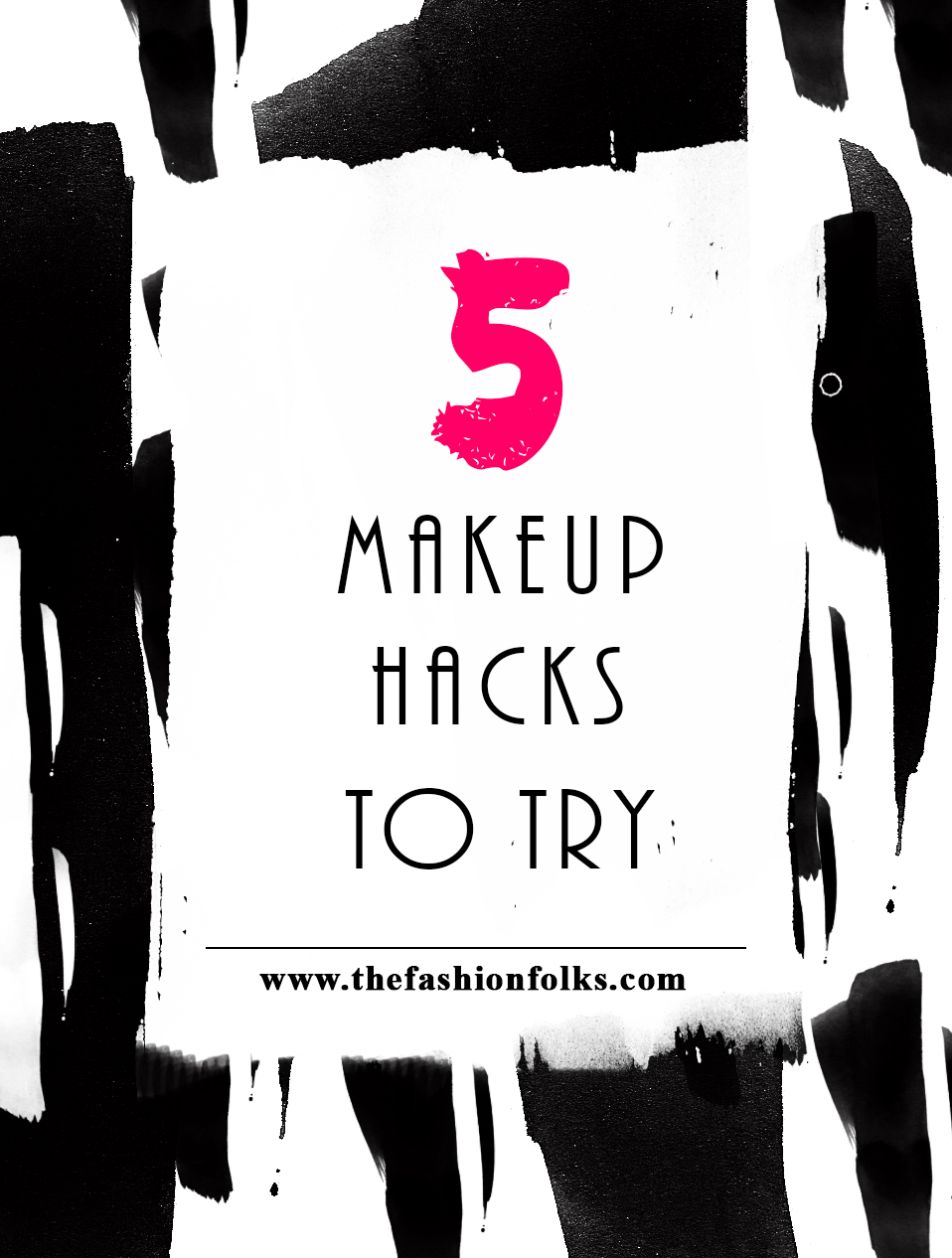 So defined cheekbones have been quite the trend for awhile now, the next thing in the makeup game is to define the jawline. A fierce jawline is the equal to defined cheekbones. You use your usual contour kit and apply the dark shade along the jawline, leave your chin though. Be sure to also apply some darker shade on your neck to avoid an awkward makeup line. When I first tried this I didn’t think it made that much of a difference, but love it now! It gives some structure and edge which is favorable!

I love my heavy eyeliner, heavy eyes kind of game going on. What I’ve learned by experimenting with different type of eyeliners through the years, is that the length and style of your wing has a major impact. I have several favorites when it comes to the wing, but if you want to create heavy eyes with the illusion of long lashes. Let the point of your wing be where the point of your outer lashes are. That will make the lashes blend in with the liner which will give that smize!

Highlight The Peaks aka Strobing

This is not that much of a hack but more of a reminder. If you’re short on time but need some glow to your face. Take your highlighter/coconut oil and apply it on the peaks of your face. Cheekbones, nose tip, in the center of the upper lip, chin and under your eyebrows. It will give an instant glow without the fuss of foundation, concealer, powder etc!

This whole “eyebrows on fleek” game is a genius makeup trend. People have their eyebrows back, you know.  If you want your eyebrows to look more natural though, and not that “obviously painted” on, you have to hide the makeup in the brows. That means that you should be lighter on the hand in the beginning of the brows, more defining in the middle and lighter towards the end again. You should not shape the eyebrows with the pen, but follow the natural shape. Fill in the gaps, define them and you might even want to brush through them lightly after you’re done. This will make the brow makeup blend better with the natural brows. Again, it’s nothing wrong with full painted on brows if that’s what you prefer. If you want to keep them natural though, you’ve done it wrong if I can see that they’re painted on, lol!

The eyes are inevitably where you can spot the state of your makeup. The majority of us probably suffer from makeup falling down under the eyes, which is not favorable. To prevent this from happening, using waterproof mascara and eyeliner might be a good idea. Also leaving the lower lashes bare can help. If you want to add some mascara on them however, make sure that you aren’t leaving the mascara on the skin, but the lashes only!

Folks that were some quick makeup hacks, which one do you like the most?! Leave a comment below! Xx