The time is now, the day is here folks! What am I talking about? Well, I’m a 90s kid, so inevitably have all the posts of the 20th century led up to this very decade (definitely). From the streets, the denim, the 1960s touch, the supermodel era to Hollywood and technology. Here’s the fashion history: 1990-2000! 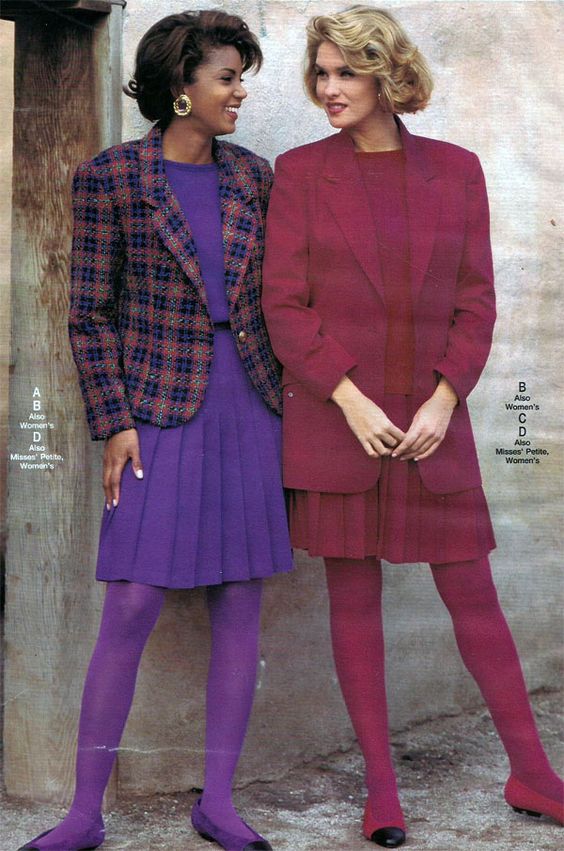 Some historians consider the 1990s to be the beginning of our modern society with the end of the Cold War (amongst other things). It was also a decade for technological innovations with computers and cell phones growing in popularity and increased in usage. In retroperspective, the 90s feels like an unpretentious decade with a “chill vibe”. Something that’s reflective in the fashion (what else) with the street style, the mini skirts, dresses and the overdose of denim.

The decade also saw the rising of boy bands, popstars, R&B and girlpower. Or how about Backstreet Boys, Britney Spears, TLC, Mariah Carey, *NSYNC and Spice Girls? Alongside the music, television and movies were factors of influence. Fresh Prince of Bel Air, Beverly Hills, Seinfeld, Friends, Buffy The Vampire Slayer to mention some shows. And iconic Hollywood movies like: Clueless, Pulp Fiction, Notting Hill, Titanic, Forrest Gump, 10 Things I Hate About You and The Shawshank Redemption. These artists, shows and movies had a major impact on people’s life with the celebrity focus going strong. Jennifer Aniston’s character Rachel in Friends and Julia Louis-Dreyfus’ character Elaine in Seinfeld were two popular trendsetters. Not to forget Clueless and Cher’s iconic wardrobe.

As for the fashion world, the supermodel era continued with names such as Naomi Campbell, Linda Evangelista, Claudia Schiffer and Kate Moss. Moss was perhaps the ultimate it-girl in the context of past ideal with her slender figure, characteristic eyes and charismatic way. Quite similar to Twiggy’s role of the 1960s.

I often refer to the 90s as a later version of the 1960s, as the early decade had its first revival period during the 90s. Even though the loose and oversized silhouettes of the 80s remained, the 90s also embraced mini skirts, mini-dresses and tight clothes. The 90s also had some touches of space age fashion with a lot of white, 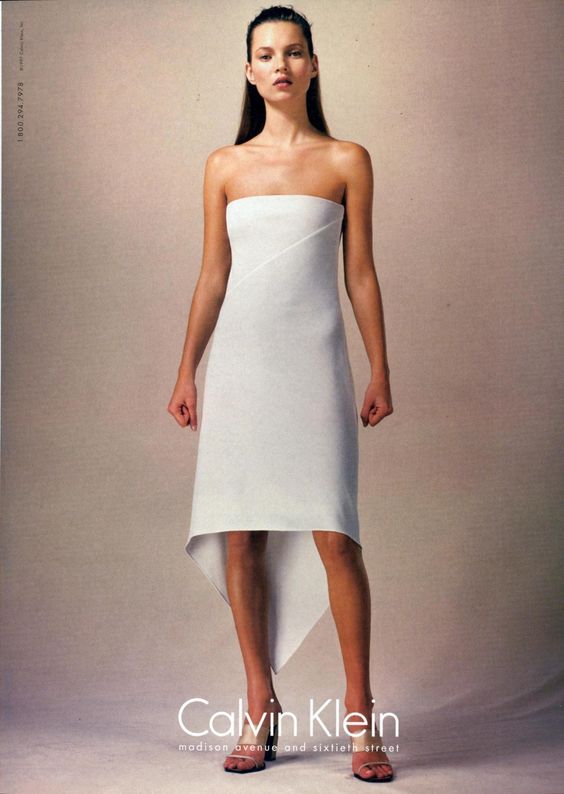 As with all decades, different styles were true to different groups of people. To divide it roughly, the 90s had the elegant minimalistic fashion and the street style fashion. The former was about simplicity with clothes sans details, a colorless palette and silky fabrics but also some velvet and leather. The lines, and if details existed, were straight and geometric. The colors were mainly white, black, beige, grey and some tones of metallic. The clothes were rather defined and followed the silhouette of the body that should be slim and toned (the beauty ideal). Think Calvin Klein in the 90s or Armani. Classic, sophisticate and elegant.

As for the street style fashion it was quite the opposite. It was oversized, it was sporty, had some colors and an attitude above all. The most important material was denim but also leather and fleece. Light pastels were common, but black, white and denim were even bigger. In center of the street style look was t-shirts with prints and oversized sweaters in a bold color. Bomber jackets were a thing and same for the 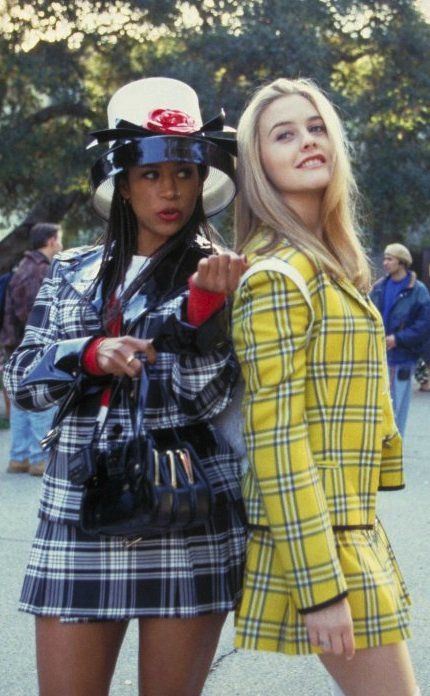 boots. Not to forget, the 90s were the first proper decade where sneakers got a major fashion status.

A third style one can define is the school girl style. Yup, I’m talking plaid, crop tops, high waisted mini skirts, knee socks and blazers. Not to forget turtlenecks and also denim overall if going for the leisure style. The style lands somewhere between elegant (but barely) and street style. A 90s perspective on the 1960s style with short lengths and high socks substituting for the A-line dress and knee high boots Think Clueless (to the right) if you want to get the ultimate idea!

If this post wasn’t marked with “the fashion history of the 90s”, it could more or less be a post on the current clothes that are trending. The 90s has been a major style influence for the later half of the 2010s. So when I say that crop tops, turtlenecks, denim jackets, slip dresses and mom jeans were some of the most popular clothes of the decade – it could be equally as true for the fashion trends we’re living this moment.

The 1960s part of the 1990s was all about the short mini skirts, dresses, crop tops and high knee socks (much like our 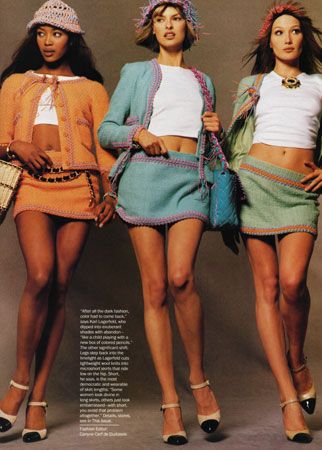 OTK boots of today). As talked about earlier, the fashion had a touch of space with white, black, velvet, silver and metallic shades. The chokers were also a major piece to count on and worked for the street style life as well. As for the street style fashion, denim jackets, bomber jackets, animal prints, oversized t-shirts, boots and also a fair share amount of crop tops. A lot of plaid as in plaid shirts and oversized sweaters. With the attitude, you got the grunge fashion.

As for the more elegant life. Slip dresses, blazers with matching miniskirts, and long coats were common. Often sans prints, but houndstooth, some dots and funky prints were popular too. Even though we already had seen a classic set for office wear as early as in the 1930s, and definitely in the 1980s, the office set of blazer and pencil skirt as we know it today, emerged from this decade. A basic blazer in a neutral shade hitting the hips and a matching pencil skirt hitting the knees and matching 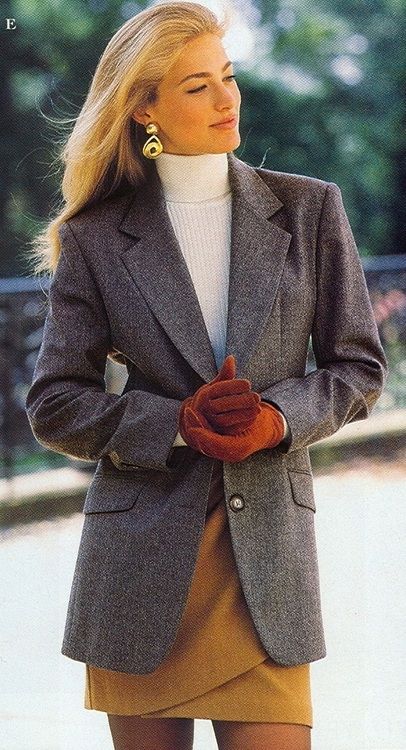 shoes. That set up is still a common go-to for people who work in an office environment. The elegant life had a lot in common with the 1980s empowered and elegant women with blazers, turtlenecks, gloves and gold details. Catching a vibe similar to the elegance of Paris’ fashion and Chanel.

Not only have the 90s fashion taken over our lives these past years, the makeup and beauty life have also made their impact. Or how about the mauve, brown, purple lips- and eyeshadows that are trending? All the lipsticks in brown/dark red/mauve shades were major in the 90s. So were also eyeshadows of bright metallic with light blue, lavender and some bright green. Lip liners were major (as today) but often in a shade darker than the rest of the lips. The 1990s were also the years of the bronzer, with sunkissed skin being kind of a big deal. Often in questionable shades, but that’s for another article.

As for the hair, the length hit slightly below the shoulders. The voluminous hair from the 1980s partly remained with women’s hair being done as a voluminous bob. It was also common with hairdos, like two buns on top of the head or two high ponytails. The eyebrows were to be thin and heavily defined, often contrasting the bright shades of the eyeshadows.

So Calvin Klein’s breakthrough decade wasn’t the 90s, more the 80s, but his design of the decade reflects the fashion so well. The fashion was the very edge of minimalism with a solid focus on the lines of the clothes rather than details, colors or prints. It was monochromatic all the way with simple and clean necklines, silhouettes and hemlines. A lot of slip dresses, pantsuits, long coats and bright shades as white and beige.  Not to forget the underwear and all the denim. Klein was behind 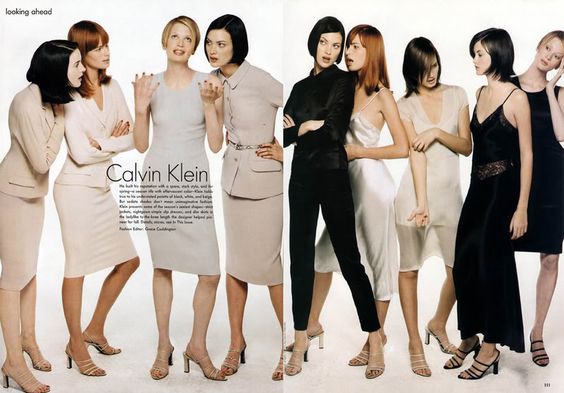 a lot of thought-provoking, sexualising and objectifying commercials for their underwear lines. Campaigns that are questionable in more than one way, but nevertheless effective as Klein’s sporty underwear remains some of the most iconic ones of our time. Kate Moss was the leading model for the company and contributed even further to the brand’s status as well as her own.

Here’s how it goes: one should never say never to anything and especially not within the frames of fashion. But I am going to say never to wearing the fashion of the early 2000s. Never have so many fashion crimes been committed and so many designers having a lot to apologize for. If you’re a fashion stalker though, you know that certain “it-persons”  today are slowly starting to wear more and more fashion of the late 90s and early 00s.

Because here’s how it is: the early 2000s can in many ways be described as 90s fashion but worse. The crop tops even shorter, the waist even lower and the miniskirts even shorter. I call the late 90s/early 00s fashion for Barbie 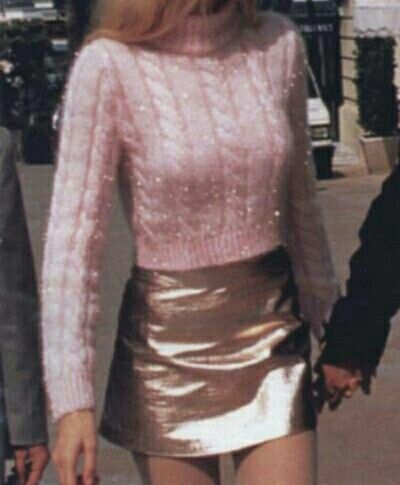 fashion as it was pretty much was it was about. Pink, short skirts, short tops, fishnet, fur clothes, oval shaped sunnies, plastic clothes and overall quite the plastic feeling. But more about that next week, I’ll drag the whole decade then (definitely going for objectivity here, lol).

As for now though, my 90s heart is grateful for the revival of the 1960s fashion (though 1960s did it better). Love to see different styles being clashed and mixed. Because when it comes down to it, that’s where the 90s lands. The elegant business women meeting the street style fashion going schoolgirl vibe and a touch of grunge. Above all though: attitude. Attitude as in women ending the 20th century with work, independence and major improvements within the fight for equality. More attitude as in fabrics being used in new ways, like leather, denim and plastic. Attitude as in personality, individualism and creativity being defining. Also, attitude as in defying the societal norms of dressing like everyone else, in relation to the homogenous fashion in the beginning of the 20th century. Less refined, but more defined.

Folks! What is the best part of the fashion history: 1990-2000 according to you? The skirts? The 60s vibe? The attitude? Let me know in the comments! Xx 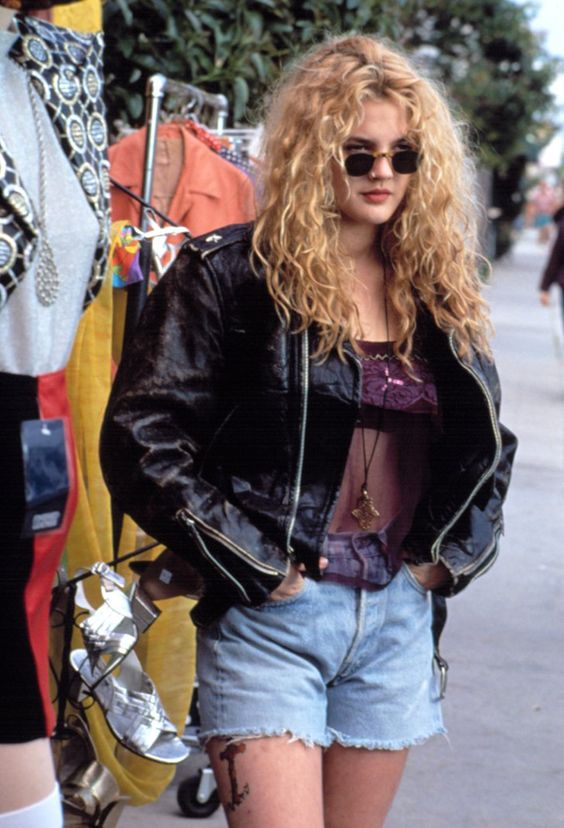