If you’re a fan of #girlboss or anything relating, you ought to love today’s post on the 1980s. Never has a decade felt so career-centered and fashion empowered than the eclectic 80s. Here’s a dose of powersuits, more is more and neon – The fashion history: 1980-1990 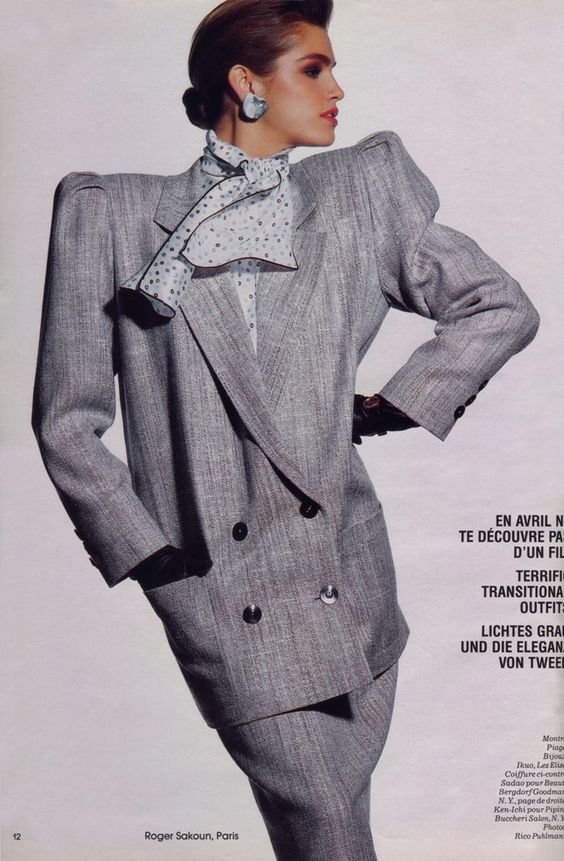 The 1980s feels in many ways like a decade of eclecticism. Work and lifestyles were reflected in people’s choice of clothes spanning from the business people to youths and rockers. The Yuppies (young urban professional) ruled the finance world with their stylish and perfected lifestyles. The music fans had a golden era of Queen, Michael Jackson, Prince, Madonna and so many more. Also, the 1980s had a major focus on health with an upswing of workout videos (just google) and colorful activewear.

The 1980s were also when the supermodel era began with Cindy Crawford, Iman, Brooke Shields, Christie Brinkley and among others. Anna Wintour also began her career on American Vogue (still going strong) and Karl Lagerfeld took Chanel back in the spotlight. A major fashion icon was Princess Diana. Iconic tv-shows and movies from the decade includes Little House on The Prairie, Full House, Baywatch, Breakfast Club, Star Wars and E.T. There are of course, so many more, but as we get closer to present time, Hollywood expanded heavily and more shows and movies made their impact. 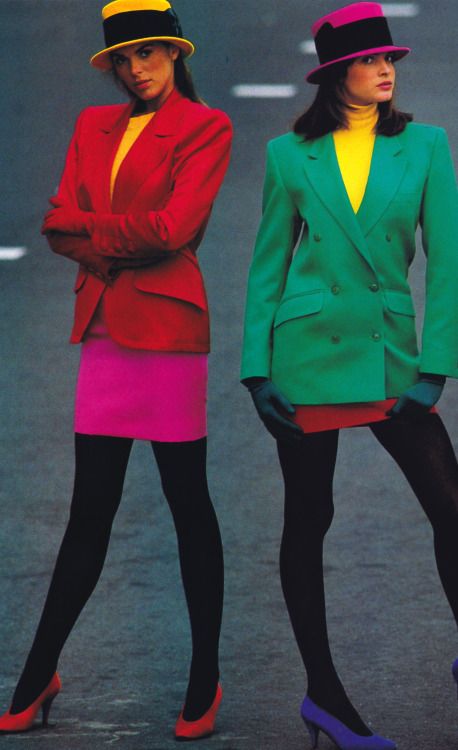 The style of the 1980s would mainly be about one thing: more is more. No matter which style you preferred, the more is more approach was present. If you went for an office look, your shoulders ought to be heavily oversized and your outfit in strong and contrasting colors. If you went for a funky look, voluminous hair, neon colors and denim on denim. The edgier fashion as in rock went full on with black, leather, animal prints and t-shirts with motives (not to forget the hair for that part too). The decade was voluminous, over the top and went big even when the outfits were rather simple. The inverted triangle was the silhouette to strive for.

The previous decades (actually back to the 1920s) were decades with a distinct use of prints. The 1980s of course used prints, but nowhere near the same amount in the previous decades. Instead it was all about the colors: from pale pastels to neon and primary colors.  The colors were to be paired with one another for a powerful effect. 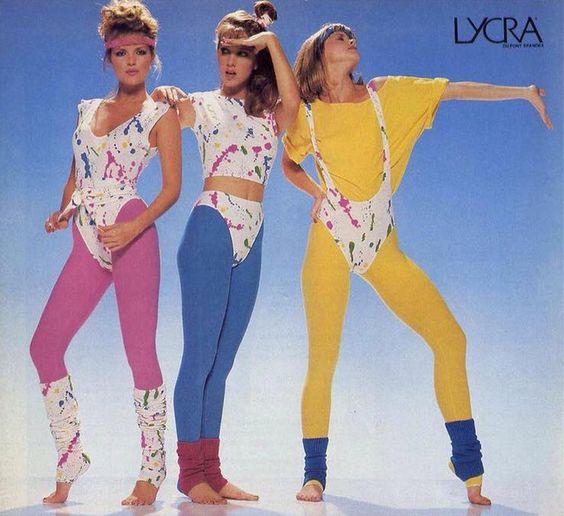 Neutral shades as beige, light grey and white were also common. The prints that would define decades would be animal prints but also funky geometric patterns in energetic shapes.

Something I’ve discussed on countless occasions is the relation between the empowerment of women in society and the tendency of a masculine fashion. And so was the case for the 1980s, women had their own careers and the masculine fashion, and tendency, was present in all the styles. From the edgy fashion (like Madonna) to the casual oversized shirts and blazers that were ultimate. The width of the shoulders made an empowering impression as they took up place literally and metaphorically. 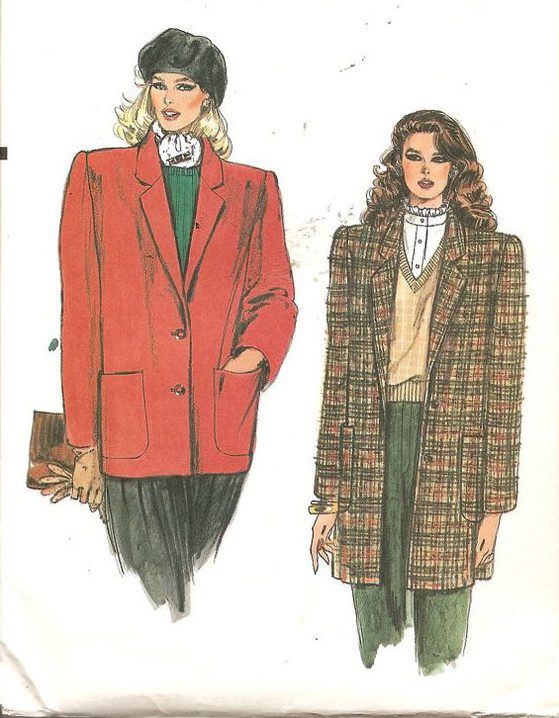 There are several items that remains clothing pieces of the 1980s. Or how about bodysuits, leg warmers and blazers.? The two former were clothing pieces for workouts, often with matching (or not matching) leggings in a neon shade or any other popping color. The bodysuits had a high cut which made the legs appear longer. Leggings were by the way major for the decade, being important for all styles.

Loose shirts in silk-y materials in combination with high waisted pants and a belt to mark the waist was common. This look was a more sophisticated style of the business woman that went for a statement blazer, a voluminous blouse and matching skirt. Often with elegant earrings and a flowy hair to complete the look. Oversized sweaters were also popular, often in a simple college style but in a statement color or print. For outerwear the coats were often knee-length with an emphasis on the shoulders (what else). The business style of women felt overall really posh and was in line with the elegant style of Princess Diana. A touch of the British 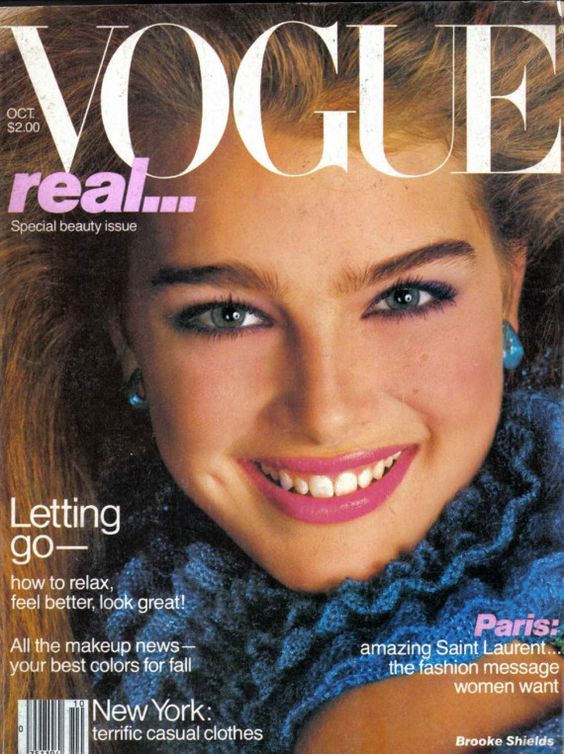 countryside anyone? (Just see above to the left).

For the edgy fashion á la Madonna (see slideshow above). A leather jacket, some lace and high waisted skirts were a must. To go with the look; layers of necklaces, bracelets and lots of hair.  Also some washed out denim would do the look. Animal prints would also help to add to the edgy look, though they were also common for the more elegant life.

The makeup of the decade was either more is more or less is more. On one hand, a lot of questionable colors as hot pink and lilac used in questionable amounts. On the other hand, bushy eyebrows, natural eyes and peachy shades. The most common makeup look for the everyday person landed somewhere in between. With some shadowing for the eyes in a more neutral tone, and 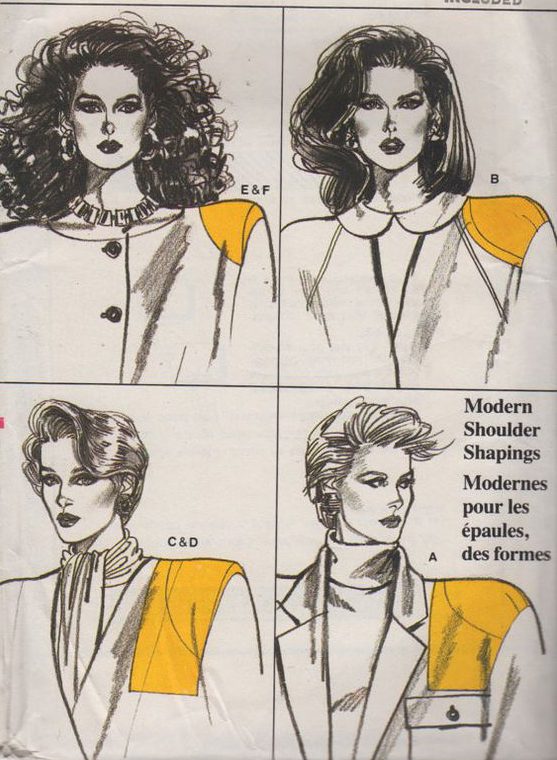 colorful lips in a neon pink or a brown/red-ish shade. Probably always too much blush though in a pink shade being used as both contour and blush.

The hair was all about the flow. A lot of hair going upwards or sideways on the top of the head. Brooke Shields’ hair was ultimate with its thick texture and healthy look. Even if you had short hair, you had to embrace volume.

No one else than the one and only Karl Lagerfeld would take over the legendary fashion brand Chanel (still going strong). Chanel was the perfect fashion label for the 1980s with Coco Chanel that had dressed women for independence since the 1910s. That in combo with the brand’s elegant style, and 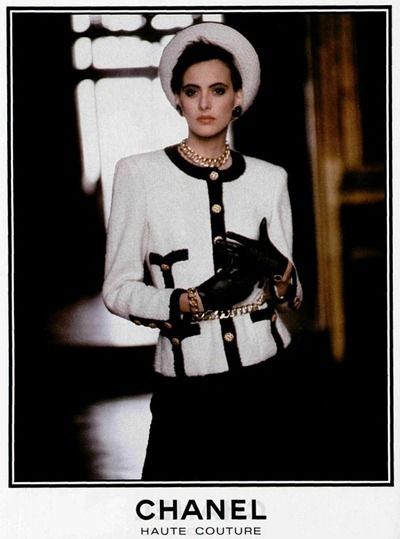 love for blazers and pencil skirts, Chanel ought to lead the decade. With Lagerfeld starting in 1983, he would keep the elegance and empowering clothes for women with sets of blazers, pants and skirts. Amongst other looks, he designed a black and white set of a jacket and skirt with gold details, a look that remains iconic to this date. His 1980s style consisted of a lot of classic black and white combos. Also some touches of pink and red.

The 1990s is similar to the 1980s in many ways. The oversized silhouette is there, if less dominant, also the pastel shades and the use of denim and strong colors. The decade often feels like a less glamorous style of the 80s, with functional clothes as well as street style being more prominent. I like to think of the 90s as a mix of the 80s and the 60s, as mini skirts and short dresses, amongst other features, would be popular again. Clothes of the late 1980s and the early 1990s are quite similar and not that easy to separate, something that indicates 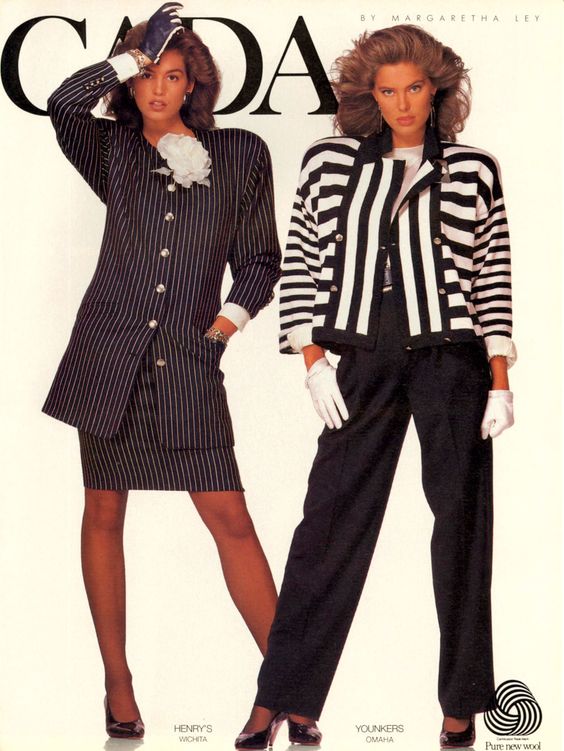 on the smooth transition. As the 80s went on, the emphasis on the inverted triangle silhouette would decrease  and a slim and defined fashion would emerge. The supermodels of the 80s continued to dominate the fashion world during the 90s, but with new stars as Kate Moss, Naomi Campbell, Linda Evangelista and Claudia Schiffer.

As 1980s is the hottest decade in the fashion world at the moment, I thought I’d add some styling tips on how to pull off the 1980s in a modern day context. There are mainly two things to be aware of:

When going for a 1980s look, pick either the style or the color/prints for an outfit. If you’re going for an oversized blazer in a pastel purple, you risk looking like you belong in a time capsule. If you just go for the pastel purple, choose a blazer that’s more contemporary and defined. In that way you’ll add the vibe of the 80s but you’ll still look trendy. Same goes for the style/silhouette. If you’re heading for the shoulder statement, pick it in a chic color/print that would work today. Perhaps an all white blazer or a blush shade? The key here is to keep a balance between the 1980s and today. There is a difference between dressing like you’re still in the 1980s and dressing like you’re inspired by the 1980s – The difference is centered to mixing the old vibes with contemporary ones.

Even if you pick a clothing piece that’s a mix of now and then, it’s still important to add modern elements to feel and look new and “fresh”. This is of even bigger importance if you shop vintage, or picks a piece that’s a core reflection of the 80s. Add trendy and modern details to balance the old vibes. Add a pair of skinny leather pants or a blouse with ruffles. Go for a defined leather jacket to the voluminous pants or add distressed denim to your oversized blazer. If you’re going for the 1980s makeup look (are you sure though?) work it with a modern or timeless outfit. If you’re going for 1980s clothes, keep the hair and makeup + accessories as stylish as you can.  It all goes back to finding the perfect mix of old and new, then and now. Though I have to say, the look below is from 1984 (?) and is painfully stylish, would kind of work today. So keeping it to timeless colors is another trick!

3. Look for the right inspiration

Turn to social media or the runway to see how the contemporary 1980s looks like today. Here are some posts featuring 1980s looks/styles as of 2016/2017:

Folks! Hope you loved the post as much as I loved writing it. I have to say that for each week passing by it gets harder and harder to summarize the fashion as more and more styles and influencers emerged. Gosh. Anyways, if this week was about the empowered business women, next week is all about the 90s kids! Xx 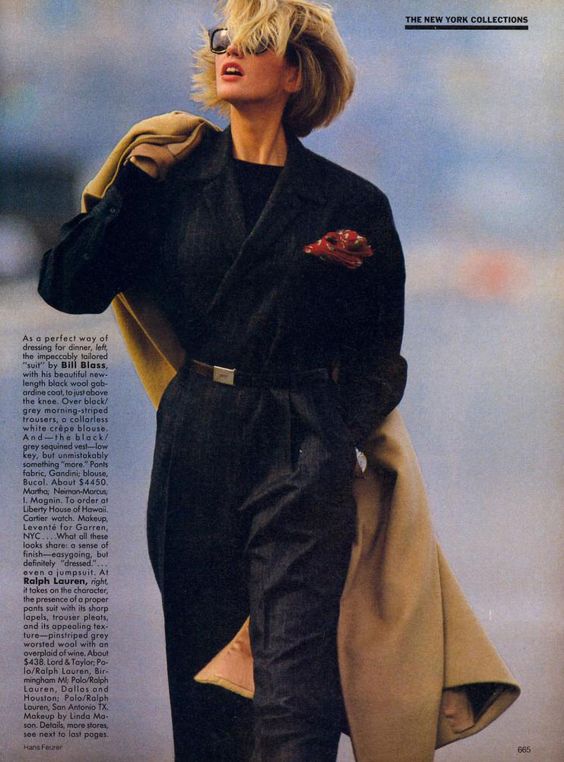